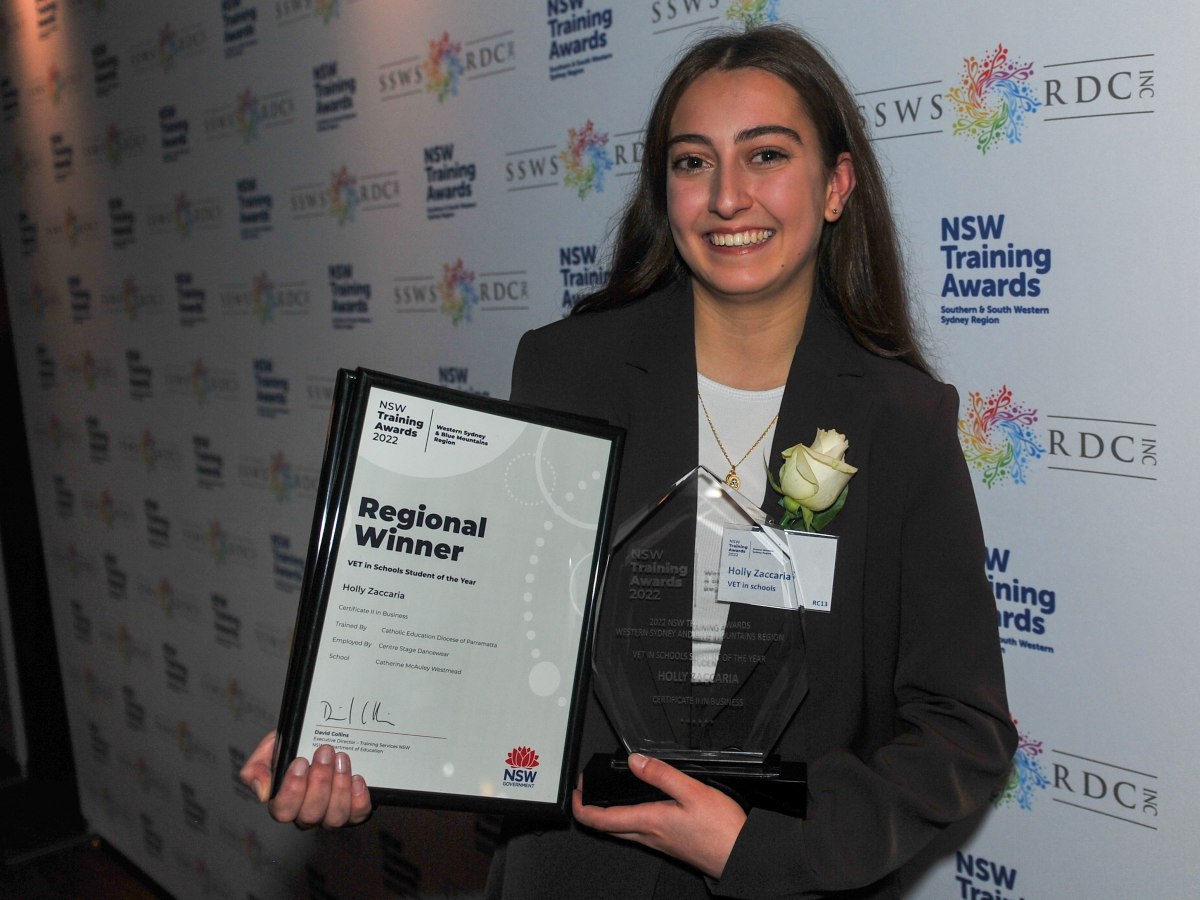 Holly, Year 12 Business Services student, has been named as VET in Schools Student of the Year - Western Sydney/Blue Mountains

Congratulations to Holly Z., Year 12 Business Services student, who has been named as the VET in Schools Student of the Year - Western Sydney and Blue Mountains region! This award was announced on Friday evening, 24th June at the NSW Training Awards.

The ‘VET in Schools Student of the Year’ is awarded to an exceptional student who is undertaking accredited vocational education and training as part of their HSC program of study.

“I am very honoured for this award”, says Holly. “I really love my VET subject Business Services as I like that our classroom is set up like an office environment and not like a structured classroom. I enjoy the business environment and plan to do a Bachelor of Business Administration after Year 12”.

Holly’s teachers Mrs Grima and Mrs Relan said that they are both very proud of Holly being named VET in Schools Student of the Year for the region. “Holly is a committed, hard working student and this award recognises her outstanding achievements in her Business Services course. It’s also a great example of the fabulous opportunities that a VET pathway has to offer”.

Well done to Year 12 students Daniella O. and Macy S. who were also nominated for the award. 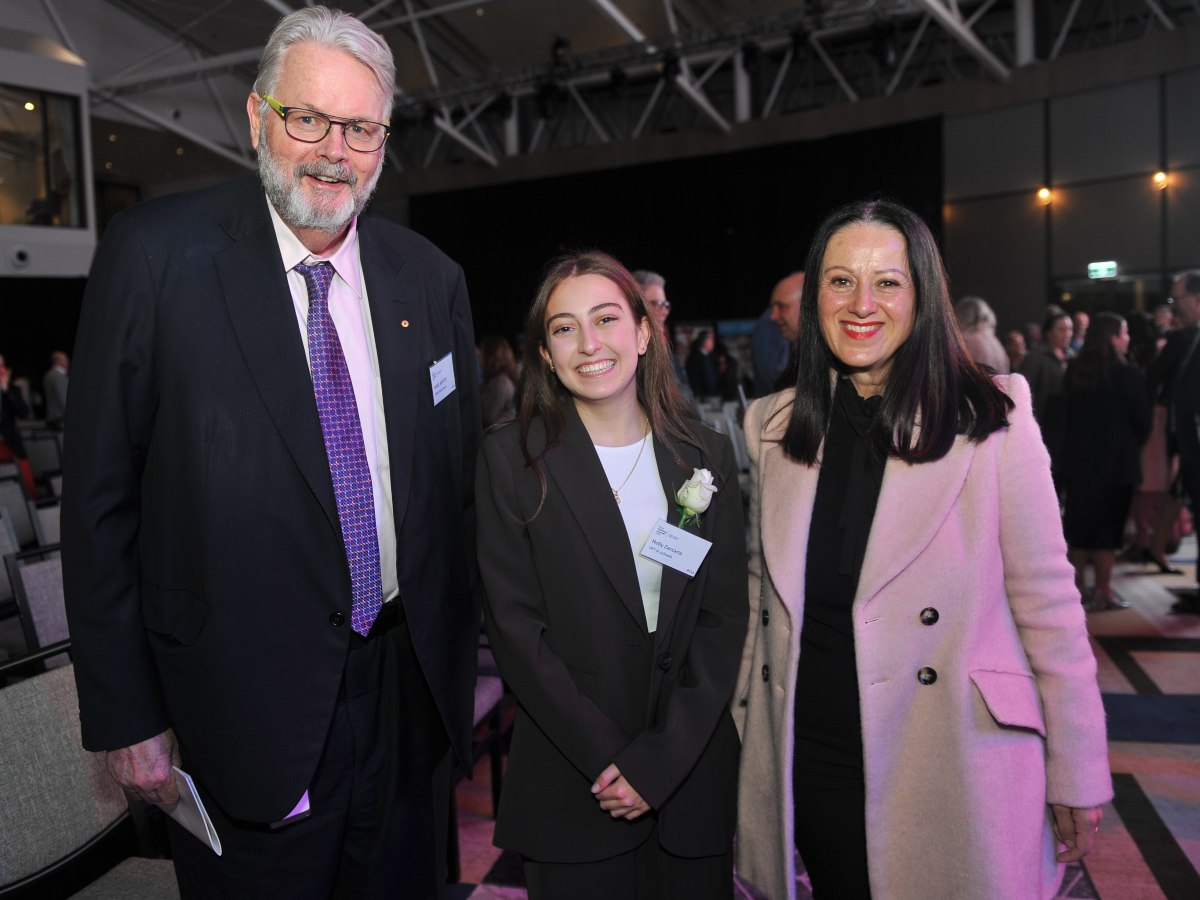 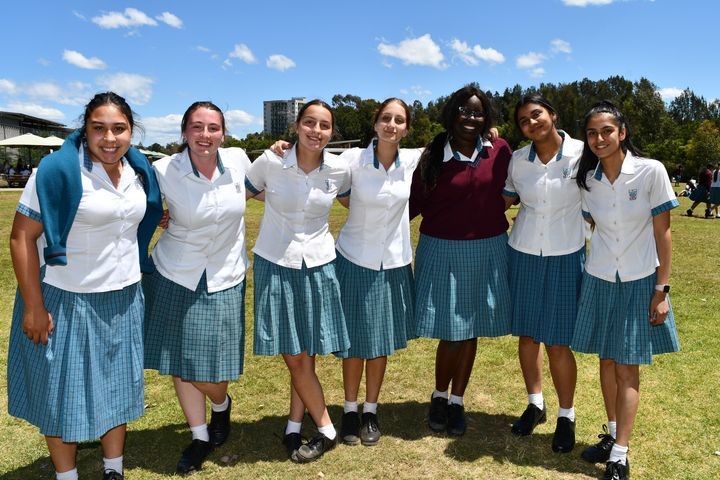