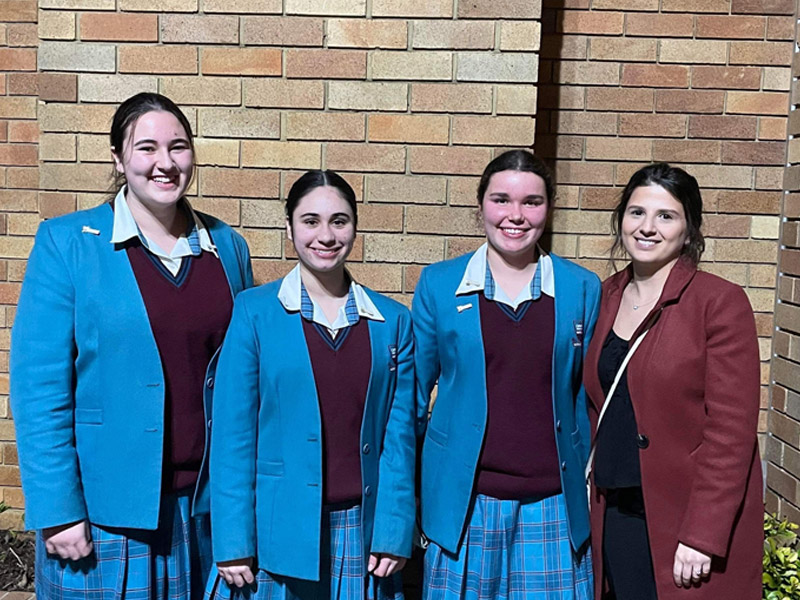 The Year 9 Debating Team with their coach Ms Erkan

The CSDA Debating Semi Finals were held on Friday night at St Patrick’s College Strathfield and Catherine McAuley had three debating teams who had made it through.

The Year 7 Team debated against St Gregory College, Campbelltown and were defeated.

The Year 9 Team debated against Loreto Normanhurst and won their debate.

The Year 12 Team debated against Loreto Normanhurst and were defeated.

Congratulations to all teams for making it through to the semi finals. The Year 9 Team are through to the grand final which will take place on Friday this week. We wish them all the best for the upcoming grand final.