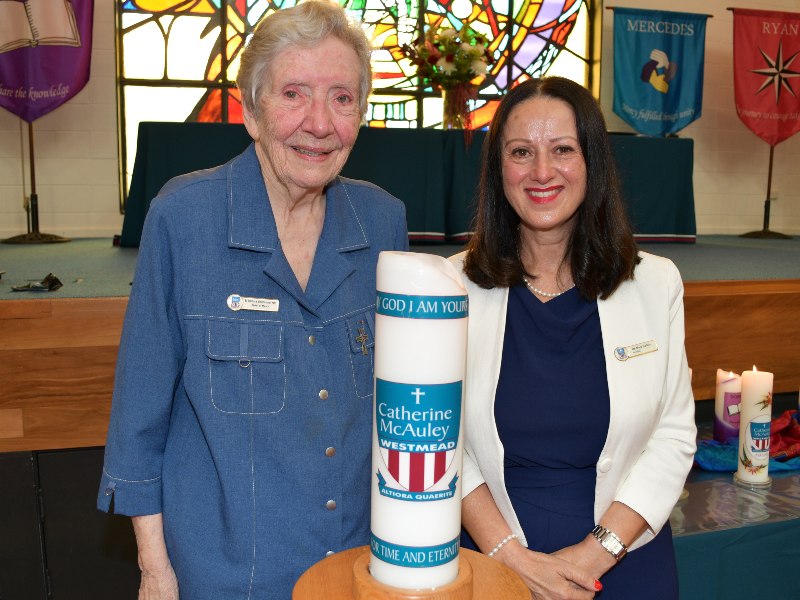 Sr Barbara McDonough rsm, School Principal at Catherine McAuley Westmead from 1984 - 1987, was awarded an OAM (Order of Australia Medal) in this year’s Australia Day Honours List. Sr Barbara was awarded for her service to education and to the church.

At the School Opening Liturgy of the Word held on Friday, 4th February the school recognised Sr Barbara with a presentation from the School Captains. Sr Barbara was presented with a gift and flowers and spoke to the students about her time at Catherine McAuley and the special place the school has in her heart.

For parents new to the school, the school has a building named after Sr Barbara, commonly referred to as the BM Building, which was opened in 2012. 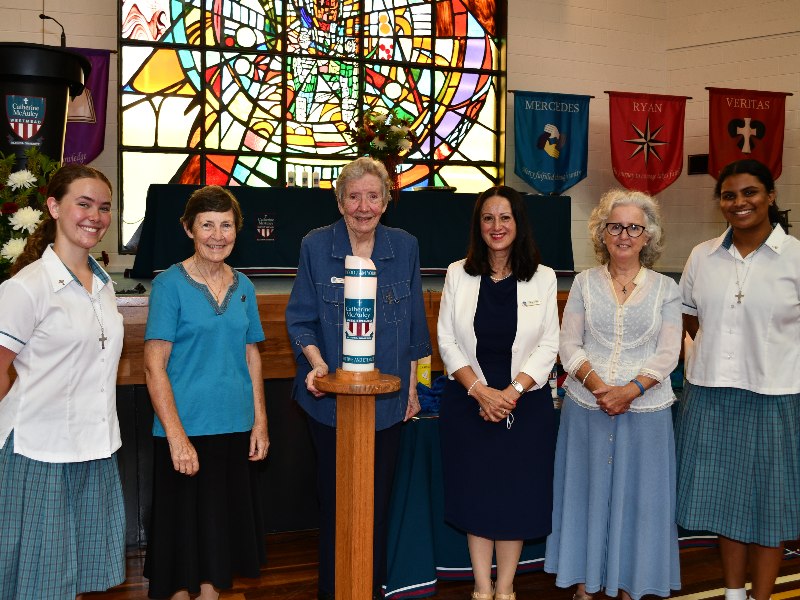 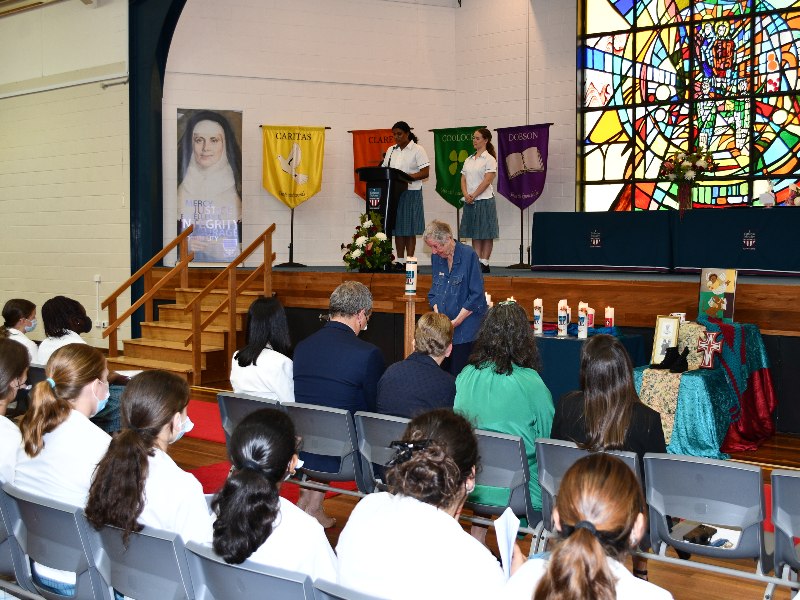 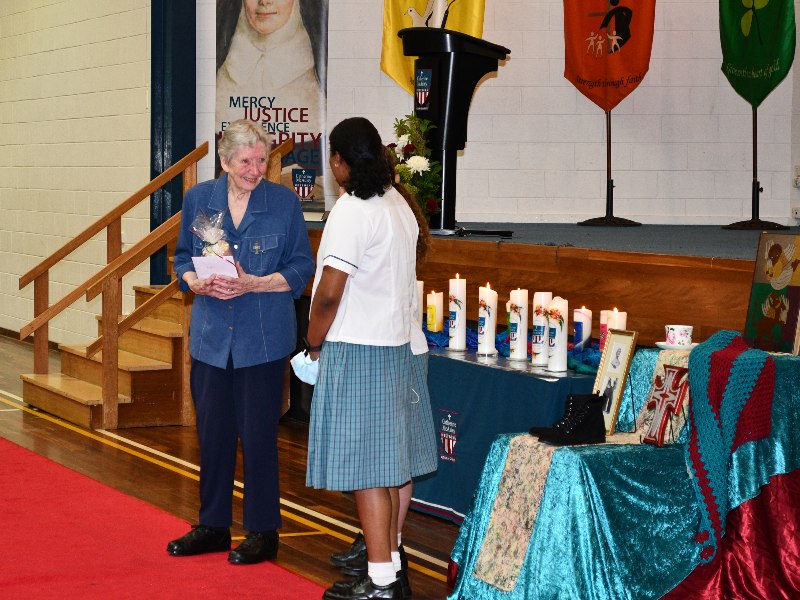